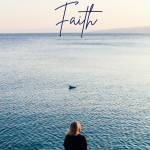 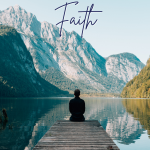 In order for you to understand where I’m at today with my deconstruction and spiritual walk I have to take you back to the first dominoes that fell.

A few years ago I started to question my stance on being pro life. I read a post by a dear friend talking about the feelings and emotion that a woman goes through after she has an abortion, and then see’s degrading and hurtful posts by pro-lifers on social media. After reading that heart wrenching post I realized that my stance on pro-life disregarded the human standing in front of me and instead put more emphasis on a clump of cells then an actual human being experiencing real trauma. I started to see the lack of compassion and empathy that these women experience by the hands of Christians and the church.

I started to learn that there was no way we could expect a woman to go through with a pregnancy when our economic and financial institutions in America are, for the lack of a better word, a heaping pile of shit. When a full-time job at minimum wage can’t even pay the basic bills. When child care costs take the majority of your income. When we focus on abstince only sex education instead of whole health sex ed that has been proven to lower abortions. When we are not doctors and we do not know anything about the medical necessity for late term abortions. When we ourselves have never been put in a situation where we had to make a heart wrenching and traumatic decision.

This was the time I became pro-choice.

Fast forward to the summer of 2020. It was just a handful of months after the beginning of the COVID-19 global pandemic, that we are currently still in. During this summer it was brought to my attention all of the allegations against Trump. I’m ashamed to admit that I had never heard about any of these allegations before this time. I was never one who was big into politics. I was more comfortable with my head in the sand and I just voted for whichever Republican was on the ballot because that was the “good Christian thing to do.”

After just a little bit of research and reading some of the court documents of the sexual assault allegations my heart broke. As a survivor of childhood sexual abuse I was ashamed that I had previously voted for a man with so many SA allegations against him. This was what made me go down the rabbit hole and question all of my political stances.

Once I took just a few minutes to really look into the policies that Republicans and Democrats push I realized that I am far from a republican. Now don’t get me wrong I still hate politics and I really hate our two party system because I think both sides can be very corrupt, but it’s what we’re stuck with right now as Americans.

Yes I lean left. Like, Bernie Sanders is my homeboy kind of left.

Now how does your change in political stances make you deconstruct your faith?
Hold onto your diapers I’m getting there.

To give you a little bit of a background, the Pentecostal branch of Christianity believes in prophetic words. Meaning that people get words or messages from God and as a prophet they announce them to their group of followers or congregation.

This was not something that was new to me and during the politics of 2020 there were many big-name prophetic pastors that were saying that God had told them that Trump would win the 2020 election and that he was God’s man.

After learning not only about Trump’s allegations but his atrocious presidential term I had a hard time believing that these prophets were really hearing from God. I wondered how it was that me and so many other Christians stood against Trump and yet there was another group of Christians claiming that he was God’s man. My brain couldn’t reconcile both.

While I was also deconstructing my political opinions and views, George Floyd was murdered by the hands of a police officer. During this time, I saw many Christians become more enraged by protesters then they were of this man being murdered. I watched many Christians try to use the fact that he had drugs on him or in his system to somehow justify or lessen the brutality of his murder. I saw Christian after Christian promote Candace Owens videos and views as if she was the queen of the black community while at the same time ignoring and gaslighting all other black voices. I saw multiple Christian’s defend Trump gassing a group of peaceful protestors so he could take a picture in front of a church while holding a Bible upside down.

Fast forward to Derek Chavin‘s trial. After all three verdicts came back as guilty I got on Facebook to see many Christians posting things that said back the blue. I even saw a Pastor post that George Floyd got what he deserved and others justifying his death.

I saw the white community gaslight the pain, suffering, and real life lived experiences of the black community. I saw them infuriated over officers being fired after killing an unarmed black person but never shedding a tear that a person was murdered.

At the same time this was all going on, the COVID-19 pandemic was raging. At the beginning I didn’t take it seriously. I called it the flu. I said masks weren’t needed. I was even skeptical and against the COVID-19 vaccine before it even came out.

Then COVID-19 killed my grandma.

After this I started asking questions. I started researching. I started listening to doctors, scientists, epidemiologists, and immunologists. I realized that all the anti-mask, anti-Covid, and anti-Covid vaccine information I had heard through social media could all be debunked with peer reviewed scientific research.

I realized I had been lied to, manipulated, and had been putting my family at risk for months and even years.

But the moment I started changing and taking COVID-19 seriously I saw many Christian groups start having anti-mask rallies, the let us worship tour by Sean Fauchet become super spreader events, they pushed COVID-19 misinformation on social media, and propagate and pushed some of the most crazy conspiracies I have ever heard of.

They took the mitigation strategies as a personal attack against themselves and their religion. Instead of seeing it as loving your neighbor and trying to do what’s best for everybody and protect as many people as possible, it became about an attack on our personal freedoms. It became about government control instead of love thy neighbors.

When Jesus came to this earth he died on the cross for all of us. He made the ultimate sacrifice and he bared our burdens. And yet now the majority of Christians are upset that their “personal freedoms” are being violated because they are being asked to make a simple sacrifice and wear a mask or get a vaccine.

The Bible tells us that our greatest commandment is to love God and to love others. In today’s world I don’t see that in the majority of church and Christianity. Instead, I see a religion that has tied themselves to politics and personal freedoms instead of Jesus.

Now while all of this was going on I saw a TikTok that said the word homosexuality was never in the Bible until 1946. To say this made my mind spin is an understatement.

After that I started looking into LGBTQIA affirming theology. It didn’t take me long to feel the same way I did about politics. I felt lied to. I felt manipulated. I felt ashamed. I had been told for decades that being gay was a sin and an abomination to God, but the moment I dug into the Bible’s history, cultural context, and listened to the stories of the people in that community I saw them as wonderful and beautiful people just the way they are.

During this time, I heard multiple stories of people within the LGBTQIA community and how the church has hurt them. I felt their pain and I saw their religious trauma. A broken heart doesn’t even begin to describe how I felt.

Why? Because I inflicted some of that same trauma on others. I said love the sinner hate the sin. I had told my brother he was going to hell for being gay. I ostracized a portion of my family only because of the fact that they were part of the LGBTQIA community. I saw them as disgusting. I caused them pain, all in the name of God. I am ashamed.

If you want to learn more about affirming theology here are a few resources.

After this, the dominoes just kept falling. It was as if I was wearing a sweater and had a thread pulled loose and someone wouldn’t stop pulling the damn string.

When I realized that there were differing opinions on the Bible and theology and what it says about homosexuality, I started questioning many of my other beliefs.

It was the moment I took God out of the box that religion had made me put him in.

So, what beliefs changed?

Now. This list isn’t exhaustive by any means, but it defiantly hits the highlights of my deconstruction journey so far.

I don’t believe in a literal Hell or Satan anymore.

I don’t believe the rapture is going to happen.

I don’t believe the Bible is inherent.

I don’t believe being a part of the LGBTQIA community is a sin.

I do not support Christian nationalism.

I believe in a universalist view of salvation. Meaning we are all connected and get to go to heaven.

I see how damaging purity culture was for me and won’t raise my kids in the same way.

I respect other people’s religion and spiritual walks no matter how different they are of mine.

Another huge part of my deconstruction is recognizing my internalized racism and the part I’ve played in white washing our history and Christianity. I’m still deconstructing, unlearning, and unpacking this, but here are some great resources on Racism & Christianity.

Deconstructing your faith is a wild journey. It can be the most freeing and beautiful experience while also feeling like the rug is being pulled out from under your feet. So, if you’re there then I want you to know I see you and I’m here if you ever want to talk.

Now religion, politics, BLM, and covid are all highly controversial topics and I touched on every single one of them in this post. My position, views, and changes aren’t up for debate so I’m turning the comments off to this post, but my email is always open. Laci@LaciBean.com

« Antivaxx to Provaxx Resources & My Story
Do you know your ACE score? »